El Matador Beach is a stunning and serene location that is sure to inspire photographers and filmmakers of all skill levels. Located in beautiful Malibu, California, El Matador Beach is a hidden gem that is known for its rugged coastline, crystal clear waters, and breathtaking sunsets.

For photographers, El Matador Beach offers a wide range of subjects to capture. The dramatic and rugged coastline provides a stunning backdrop for landscape and seascape photography, while the crystal clear waters and sandy beaches offer plenty of opportunities for beach and water-themed shots. The beach is also home to a variety of wildlife, including seagulls, crabs, and dolphins, making it a great spot for nature photographers.

Filmmakers will also find plenty of inspiration at El Matador Beach. The beach's dramatic and picturesque setting is perfect for music videos, commercials, and other projects. The beach's many hidden coves and cliffs provide endless possibilities for creative storytelling.

El Matador Beach has been a popular location for movies, TV shows, and commercials due to its stunning and serene setting. Some notable examples include:

The O.C. (2003-2007): El Matador Beach appears frequently in this teen drama as a hangout spot for the main characters.

CSI: Miami (2002-2012): El Matador Beach is featured in several episodes of this popular crime drama as a location where key scenes take place.

The Real Housewives of Beverly Hills (2010-present): The cast of this reality TV show has been known to visit El Matador Beach for photo shoots and other events.

This is just a small sampling of the many movies, TV shows, and commercials that have been filmed at El Matador Beach. The beach has appeared in countless other productions over the years and continues to be a popular location for filmmakers. 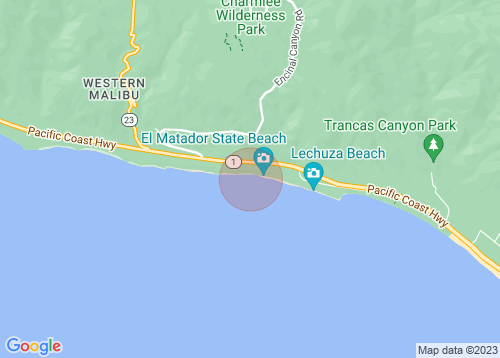